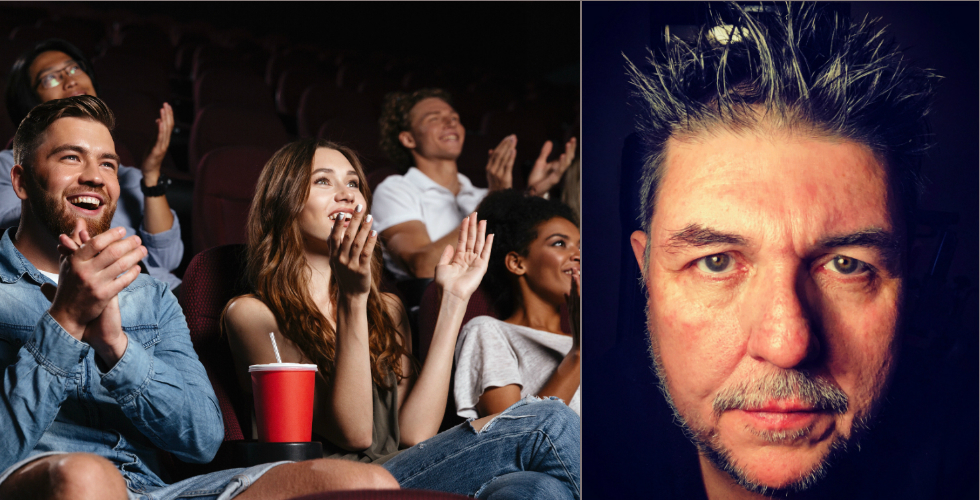 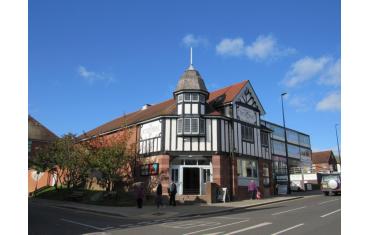 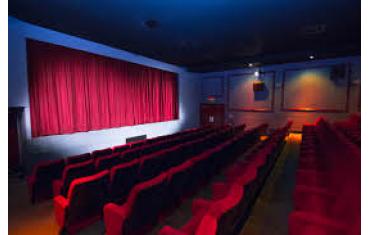 The Enduring Allure of Cinema

The demise of cinema has been on the cards for as long as I can remember, I grew up with it in the 70's and 80's, that and the imminent nuclear apocalypse. Both outcomes would have had a detrimental effect on my life, not least because vaporising all the cinemagoers would certainly have resulted in a serious slump in already declining box office figures.

Fortunately, common sense prevailed and the threat of worldwide annihilation receded. Cinemas though seemed to remain in mortal danger of disappearing, at least according to the media. To be fair cinema had seen a spectacular decline since the all-time high in 1946 of 1.6 billion annual admissions to a low of 54 million by 1984.

It's difficult to imagine now just how many people went to the cinema in 1946. There were good reasons for that of course. The real world mostly had war and rickets and no central heating so cinema was a place to escape where you could catch up with pictures of the news and it was certainly warmer than your house. It also happened to be the golden age of Hollywood which probably helped.

The advent of television, central heating and lack of a world war continued to hit cinemas hard for the next four decades. Somehow we managed to survive, despite our own industry's best efforts, particularly throughout the 70's when the major circuits started converting the empty draughty old cinemas they owned into orange painted boxes with postage stamp screens, often with the seats that had been in situ since 1936.

Joining the EEC, and an endless parade of terrible TV spin offs couldn't deal the fatal blow. Then in 1984, like a cigar chomping Donald Sutherland atop his Sherman tank in Kelly's Heroes, the Americans rolled into town and built the UK's first multiplex at Milton Keynes. This was the turning point. Admissions have continued an upward curve ever since and are now back to the heady days of 1970 in a terms of attendance.

I literally grew up in a cinema, my family acquired The Picture House in 1964 when I was not quite two years old. I have experienced the ups and the downs and the frustrations of keeping an independent cinema afloat and we now find ourselves in what can be described as cautiously rude health. I can never truly relax though, firstly because it's not good business practice to rest on one's laurels, but secondly I have seen just how suddenly it can turn.

Of course, this is a potted and clearly simple-minded history of cinema in the UK, but I think it proves something valuable. That people want to go to the cinema.

Why is this? I maintain it's because there is nothing else like it. I've been fortunate enough to observe audiences up close all my life and the power of cinema can still take me by surprise. It's totally immersive in a way television and your smart device can never be. I don't mean shaking the seats about or wearing 3D glasses, I mean human stories that draw us in as we sit in the dark and experience collective moments of shock or happiness.

Most of us have a precious memory of a film we experienced in the cinema, I'm pretty sure the same doesn't hold true while you sit at simultaneously scrolling through Facebook and watching Netflix.

Cinemas are now places people want to go and there seems to be a better understanding of how the experience is part of that equation. Obviously, this includes food and drink and crucially comfortable seating and top-drawer picture and sound.

Frustratingly, none of it works unless the film is something that appeals, a part of the equation beyond the control of cinema owners.

For reasons best known to themselves the press love the story that streaming is going to kill cinema, and before that DVD and before that VHS and before that TV, and probably before that the motor carriage, but we're still standing, and I'm sure part of the reason is because we know why more than we ever have before.

What is your most powerful memory of cinema? Elliot and E.T taking off, Spartacus dying as he sees his freeborn son, Omar Shariff riding out of the heat haze, Sophie having to choose, boys saluting their teacher while standing on a desk, an Alien bursting out of John Hurt, Brad Pitt taking delivery of the box, Rhett Butler leaving, Rob Reiner's mum having what she's having, Gene Kelley dancing in the rain, Harry Lime on the Ferris wheel, the list is endless.

How Ferco Can Help

Ferco offers bespoke seating solutions for cinemas and screening rooms all over the world. We can help maximise the use of space whilst offering an inclusive environment with adequate wheelchair and inclusive areas.