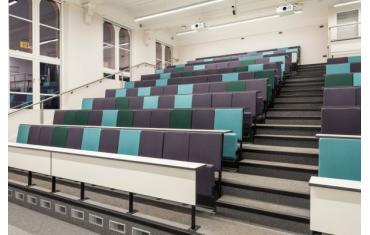 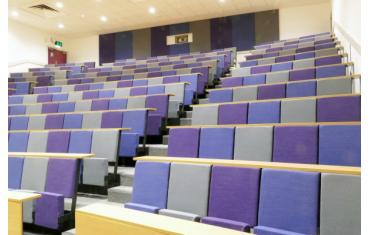 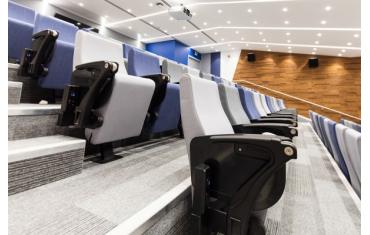 Why Do We Need To Protect Our Higher Education (HE) System?

The HE sector makes a massive contribution to the UK economy, and has more of the world's top universities per capita than any other country. The UK has long benefited from a status of global power, wielding a strong influence in the setting of international educational standards.

Universities are also massive regional employers, supporting local services, new businesses and driving regeneration. In university towns and cities, the evidence of how such institutions are intimately intertwined into the fabric of civic life in the local region is clearly visible, with active contribution towards economic growth, health, sport and more. According to University Business Issue 113, May 2019, ISSN: 1756 0225, approximately 1 million jobs are currently supported nationally by UK universities and it is predicted that by 2024, nearly half of all jobs will require some sort of formal education. The University Business online journal also cited that research group Russell Group Universities suggested that in 2015/16 universities injected £87bn into the UK economy supporting 261,000 jobs.

In spite of their undeniable importance, UK universities are finding themselves in an increasingly challenging environment, which is only worsened by the uncertainties of Brexit and the current political climate. The possibility of major reductions to student fees would have an adverse impact on future university recruitment, as billions of pounds worth of funding will be compromised. This would result in less funds for teaching and facilities as well as having negative impact on research and collaborative projects with EU counterparts.

However, whilst HE institutions are facing an uncertain future due to continuous cuts to funding and a potential reduction in student fees, the demand for HE institutions is rising – in short, more students but less money. This would essentially damage the overall student experience, having a detrimental effect not only on teaching standards, but to ongoing building maintenance, student support services, participation programmes etc. and future student recruitment. 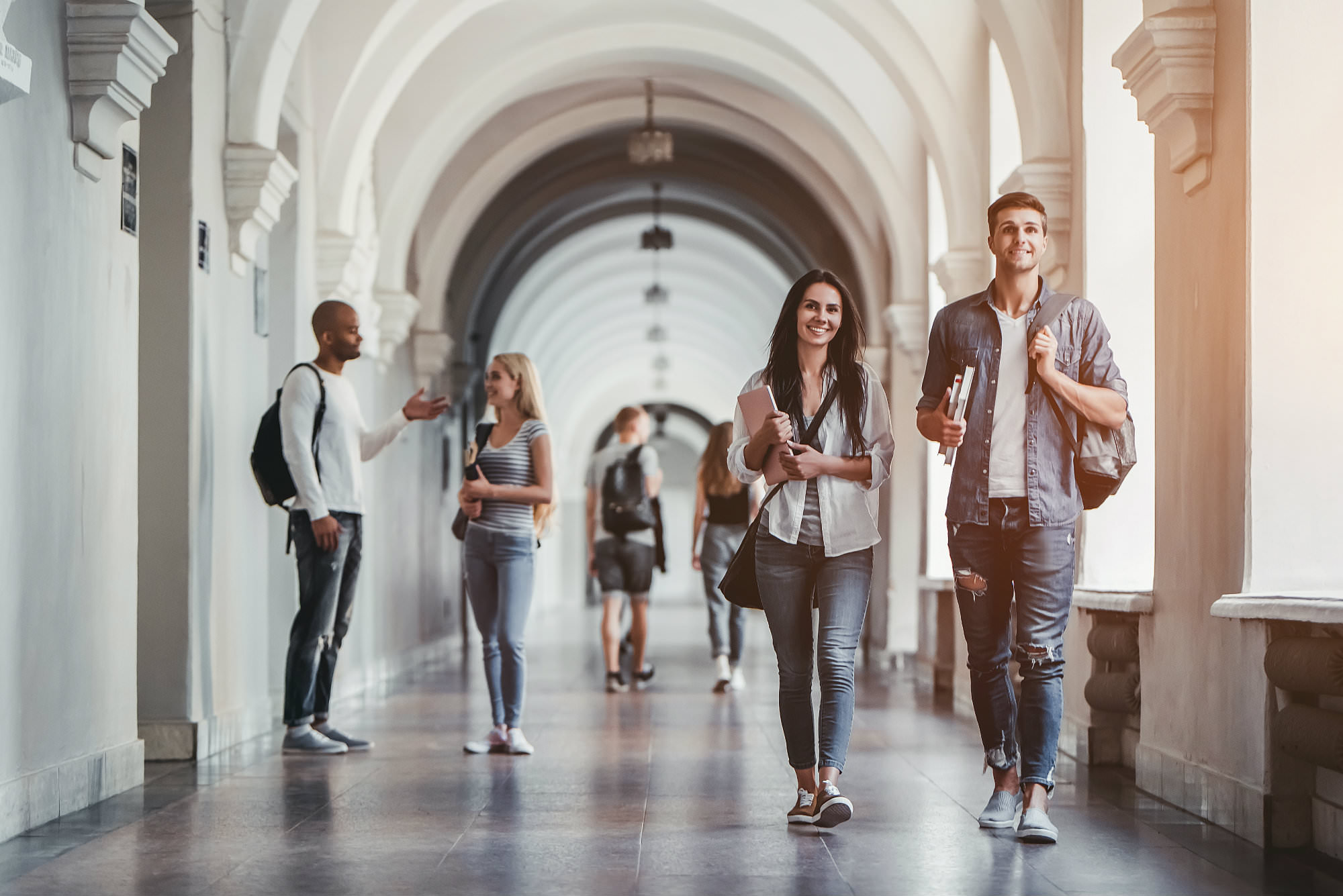 What Do Student Fees Pay For?

The introduction of fees for brick and mortar universities began in 1998 with a fee of £1,000 per annum. As of 2017/18, the fee is set at £9,000 per annum to rise with inflation – the current maximum fee is £9,250 per annum. Students and their families have demonstrated concern that there has been inadequate transparency as to how fees are being spent. Currently around 45% of fees are spent on funding teaching, with the remainder spent on other expenses such as ongoing building maintenance and equipment, libraries and technology, university administration and wider student services including welfare support and the student union.

A recent government-commissioned review of student finance has suggested there will be a reduction in fees - possibly down to £7,500, however the uncertainty of Brexit appears to have delayed the review, leaving many HE institutions concerned that as of yet there has been no assurance of a concrete commitment by the government of direct funding to make up the short fall.

How Important Are HE Facilities For Students?

Facilities refer to the physical spaces and buildings within the campus, including prime learning spaces such as lecture theatres and their equipment, libraries and practical study areas such as laboratories.

According to recent findings listed in Rider Levett Bucknall – Affordability In Turbulent Times 25 April 2019, 76% of students ranked campus facilities as important when choosing where to study. Given that each university is in charge of its own marketing and recruitment, competition is tough and many institutions are under pressure to regularly upgrade their facilities and keep pace with the latest advances in technology in order to ensure that their university is an appealing option for future candidates.

It appears that student satisfaction is measured not purely in terms of academic teaching standards, but rather in terms of the overall student experience which includes academic and recreational facilities on campus as well as various other social aspects. The physical environment of the university is therefore undeniably important, as are the funds which pay for their upkeep.

Ferco designs future-fit learning spaces, which can be used as adaptable, multi-use places where additional revenue can be generated. The range of fixed lecture theatre and auditorium seating is suited particularly to collaborative spaces where learning outcomes have been proven to increase in optimum environments.

Ferco understand the investment required to create spaces that are fit-for-purpose. Products are of a high quality and virtually maintenance free, with a worldwide five-year manufacturer's guarantee. 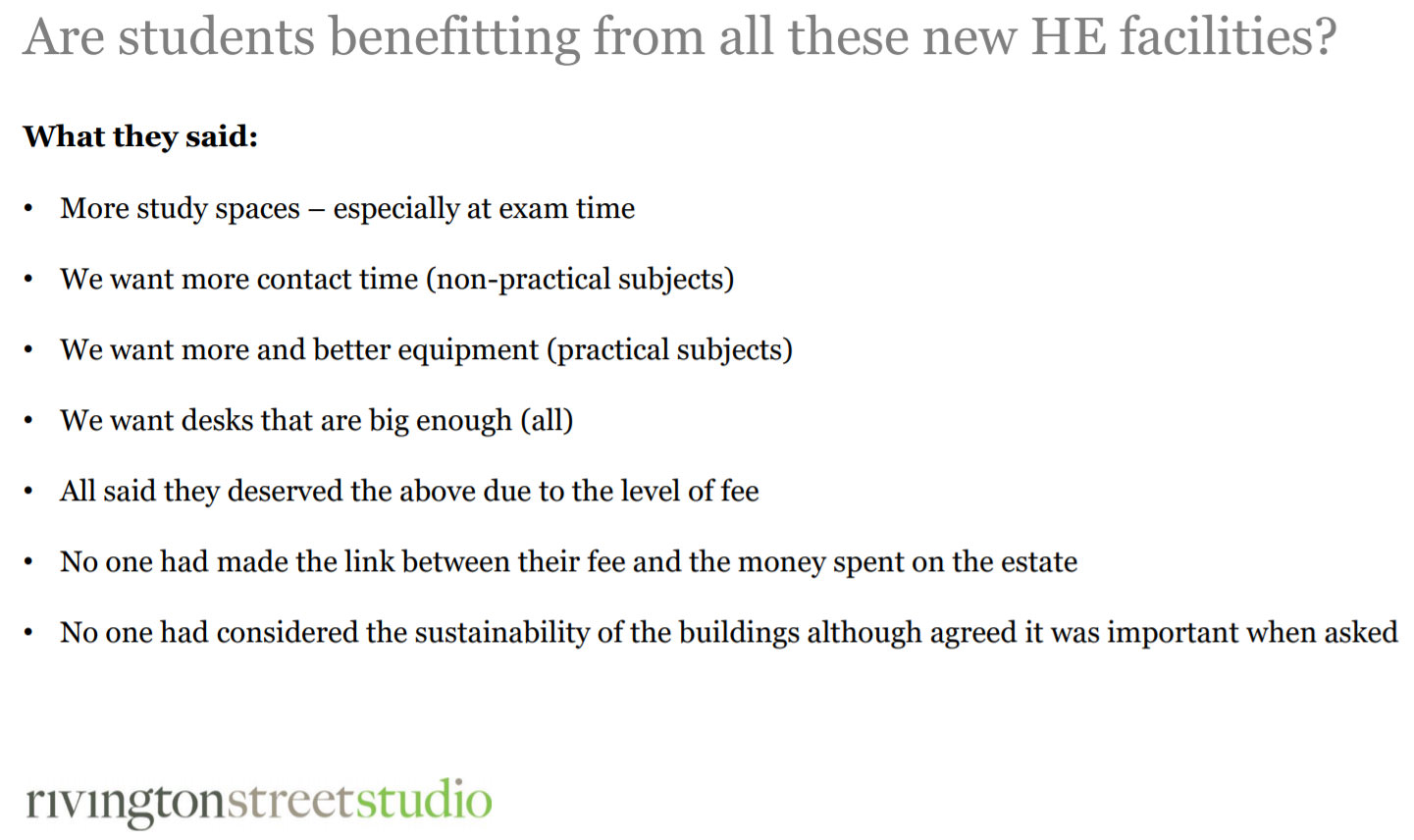 Shifting Political Trends & Attitudes Towards HE

Both the UK and US are home to the majority of the world's top universities and both countries have experienced recent shifts in political trends – Brexit in the UK and the election of Donald Trump as President in the US.

The Trump administration has proposed for the third consecutive year, major cuts to education spending. Although the two previous proposals were rejected by congress, the 2019 proposal would mean a 12% cut for the Education Department, including major reductions to Scientific research budgets. Such proposed cuts to education funding coupled with President Trump's open scepticism to climate change, has wider implications, conveying a less than positive message to the world regarding the value of education. Janet Napolitano, President of the University of California argues 'The scepticism about climate change from President Trump is not just about climate change. It is really an attack on science and the value of validated scientific research. It shows a lack of understanding about how research is conducted and what constitutes findings that are supportable and data-driven.' 'If the leader of the country is devaluing what you are doing, it is hard to get greater public support in the form of dollars.'

The UK has a long standing history as a provider of world class education, and an academic system which has been the foundation for higher education standards in a number of other countries. However, in recent years many are arguing that the focus is no longer on the importance the role HE plays in economies and in innovation, but rather placed on the transactional value of the cost of a degree and future salary; Professor Hugh Brady, Vice Chancellor of Bristol University stated that attitudes towards HE education were 'driven by voices at the heart of government which focus on marketisation and value for money, and on the value of a university degree being judged purely on the salary you come out with.'

As with any type of large organisation, a complex infrastructure is required for a university to function well – increasing cuts cause serious detriment to front line staff and the students. Negative public opinion is further fuelled as a number of universities have appeared in the press recently, where surveys of senior staff revealed massive pay gaps between median staff and excessive vice chancellor salaries.

The importance of academic institutions and the wider contributions made to society cannot be denied. Increasing numbers students are opting to go to university, but with further potential cuts, the uncertainties of Brexit – which could potentially result in further financial losses as EU and international students are deterred from applying to UK universities, due to an unwelcoming post Brexit environment, the future remains uncertain.

The greater the financial impact, the greater the effect on the overall 'student experience' in an increasingly competitive market. This 'experience' encompasses student life as a whole; from the quality of teaching and resources, to campus facilities, wider student services (including welfare), and the surrounding environment, , will have an effect on the viability of institutions in the future Continued investment in a challenging financial landscape may create the differential between success and failure.