The Origins of the Stadium

The origins of stadiums and theatres date back as far as ancient Greece, in fact, the word stadium originates from the Greek word Stadion. It described a measurement of distance of approximately 192 metres or 600 human feet. This measurement was used during running competitions in Olympia &endash; the birthplace of the Olympics, and home of the world's first stadium. The Greeks were also responsible for developing the amphitheatre, today's stadium bowl seating arrangements are largely based on this design.

The Panathenaic Stadium in Athens was built in marble in 144AD and is still in use today. 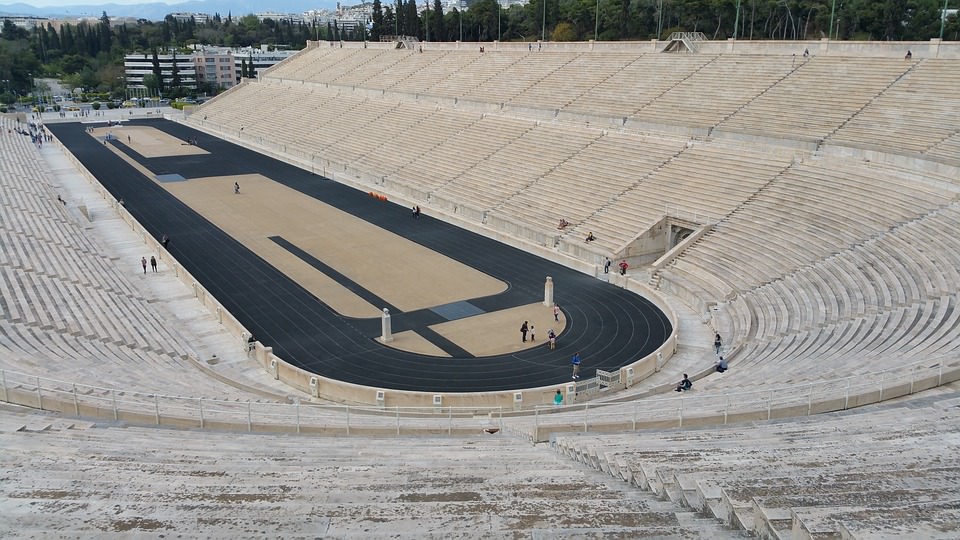 Stadium, or arena seating as it is also referred to as, is commonly used for watching sporting events &endash; seating surrounds the centre pitch with each row positioned at a slightly higher level than the one in front it, providing an unobstructed view and ample leg room. Seats are generally installed onto a stepped floor surface, which also serves as stairs in the aisles. 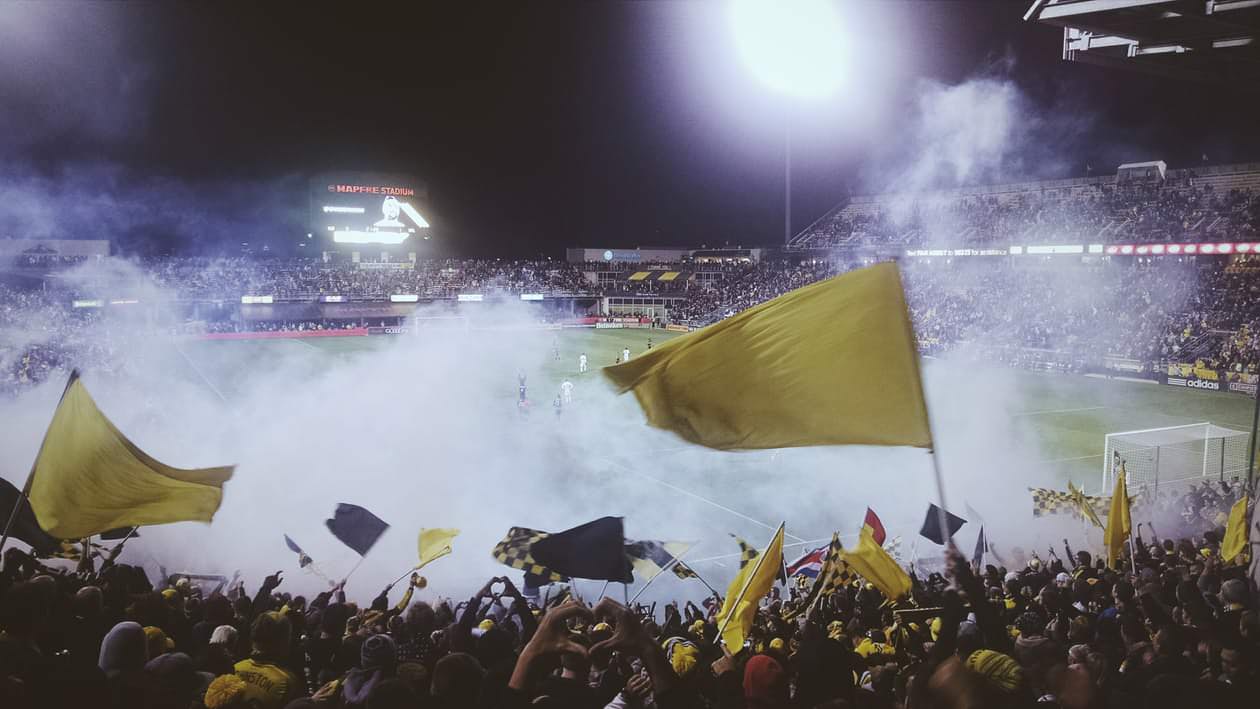 A good atmosphere is key to the success of any arena. In order to achieve this, there must be a visual and audible connection between spectators and the event. Visibility and acoustics play a key role; even those sitting in the furthest seats must feel connected to the event.

The noise of the crowd is vital to the experience, a silent stadium where sound is lost lends itself to an unmemorable experience. This is no better in the eyes of the spectator than staying at home to watch the event on television. With home entertainment systems becoming ever more sophisticated, stadiums must keep up. Acoustics can also have an impact on the players themselves, intimidating the opposition when playing on home turf and cheering on the home team.

Architects and engineers invest serious planning into their designs &endash; acoustics, stadium shape and arena seating are paramount to the success. Many of the European stadiums have partial roofs which help deflect the sound back to the crowd. 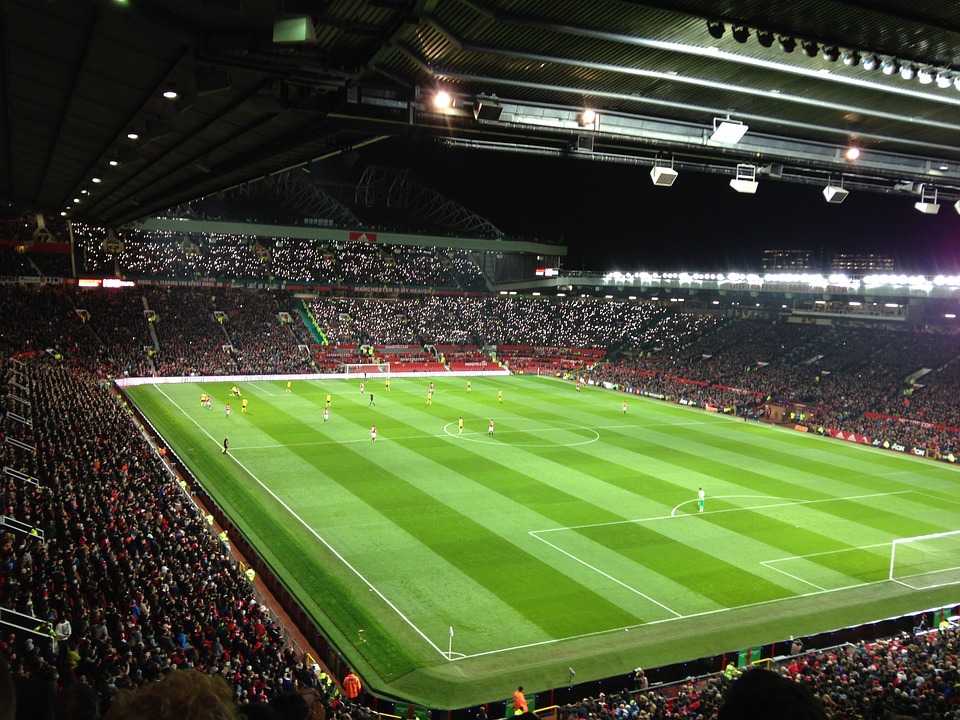 Attending any sort of sporting event in a stadium be it football, rugby, cricket or another sport, should be an all-encompassing entertainment experience, providing excitement, comfort and above all safety.

Good visibility, safety and comfort are key requirements when designing stadium seating. Fans must have an unobstructed view of the game in order to feel a connection with the event itself. Access to and from the seat should be easy and safe &endash; and the chosen seats need to comply with all safety regulations and operating licenses. Comfort is also of great importance in today's world, tickets to watch Premier League football games are not cheap, and visitors generally expect a certain level of comfort as well as easy access to facilities.

VIP areas and sky boxes are premium seating areas with access to exclusive facilities such as members only lounges and bars. They are specifically designed for distinguished guests and elite corporate functions. VIP stadium seating generates a much higher revenue than other ticket types &endash; and therefore must be of a higher and more luxurious standard to suit the clientele. VIP seating is often customised with embroidery, incorporated heating, cup holders and so forth. 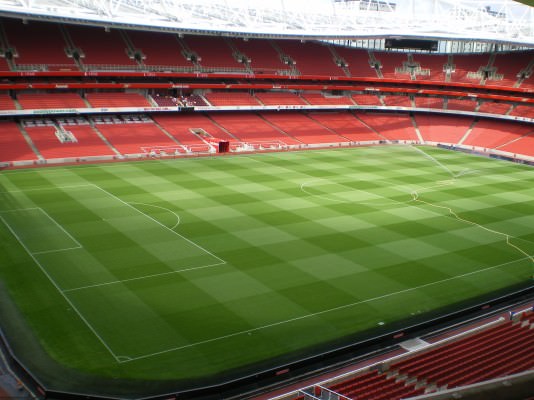 Ferco seating supplied both general admission seating and VIP seating to corporate and executive areas at the Emirates Stadium. Riviera VIP Seating was chosen for its luxurious and comfortable design. 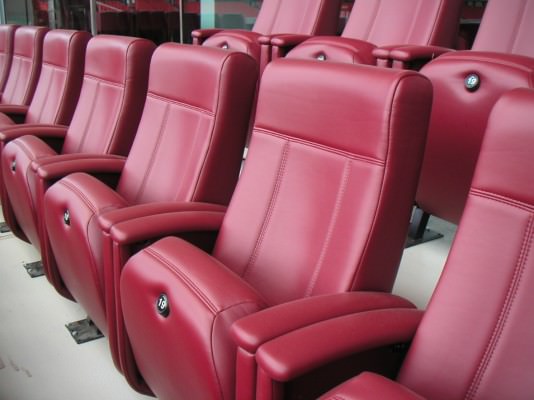 The Riviera VIP was also chosen for Chelsea football club's Millennium suite, heated seating was incorporated into the design. 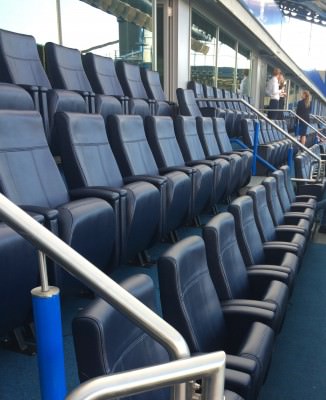 VIP seating is however, reserved for the minority &endash; there is a wide range of other seating solutions available for general stadium admissions to cater for different visitor requirements.

Many fans want to have the option of either sitting or standing, especially at football matches. The RailSeat was designed to specifically suit this purpose, it was developed in a way which allows fans to either stand safely or be seated if they choose to do so. The built-in rail and its height allows fans to stand safely in arenas without the risk of falling onto the rows beneath them, it is becoming an increasingly popular solution in Europe, especially in Germany where fans view standing as an integral part of watching the game.

The football fans federation have supported RailSeat solutions in the UK &endash; Celtic in Scotland were the first to install such seating in the country. 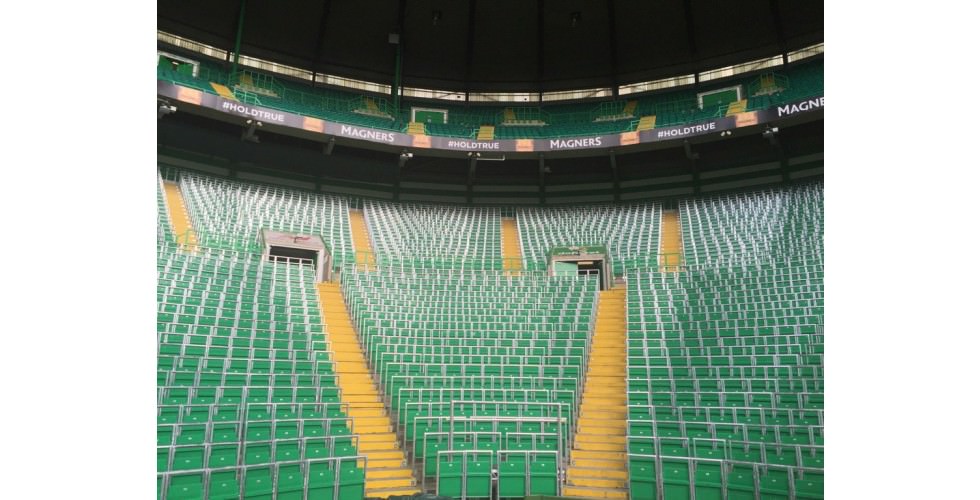 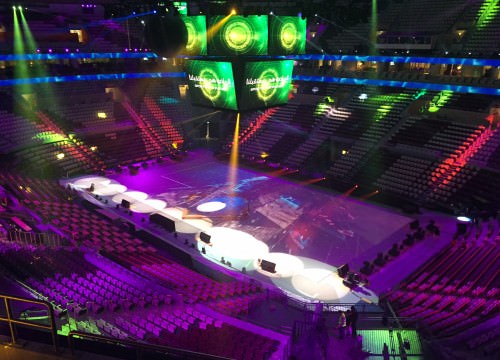 A multi-purpose sports facility inaugurated in 2015 with a 16,000 capacity. Spectator comfort was a primary focus with spacious and sumptuous seating required. Several models of Ferco Seating's ARC collection were installed for their ergonomic design, durability and attractive appearance.

The ARC Max VIP Stadium Seat is shown in the images beneath, engineered for comfort, ease of maintenance and luxury appearance. 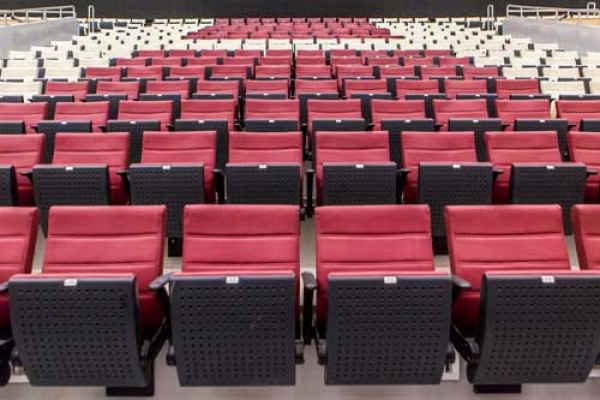 Tip up seating at its finest, the ARC Lite and the ARC One have been installed in numerous stadiums throughout the world including Saracens Rugby club, where 10,000 seats were installed in 9 different blocks. 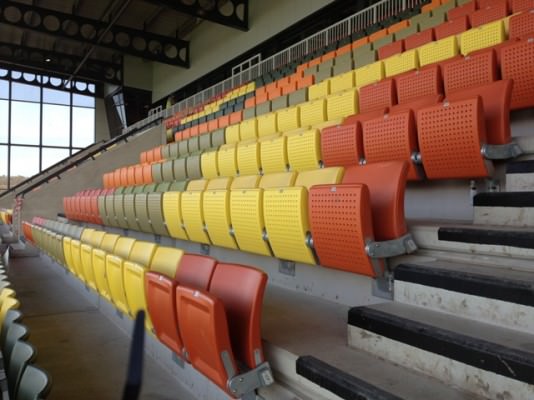 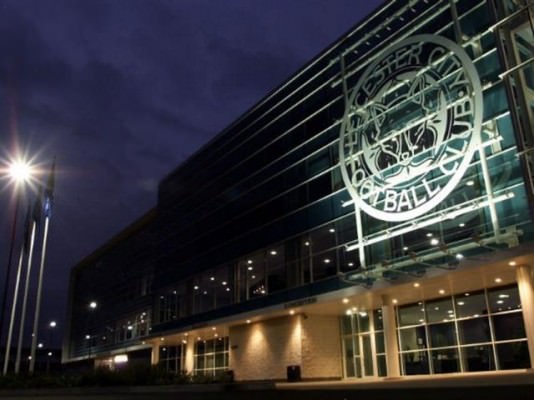 The ARC One with embroidered logo was chosen for Leicester City Football Club for its robustness, ease of maintenance and spectator comfort.

The ARC Shell was the arena seating of choice in this multi-purpose stadium in Sana'a Yemen, 25,000 seats were installed in vibrant colours. The ARC shell benefits from being able to be directly installed onto tiering. 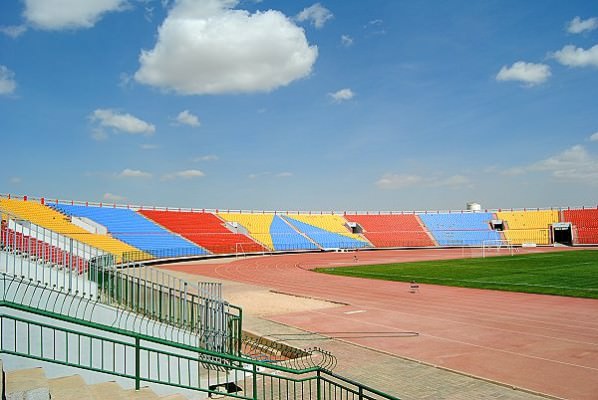 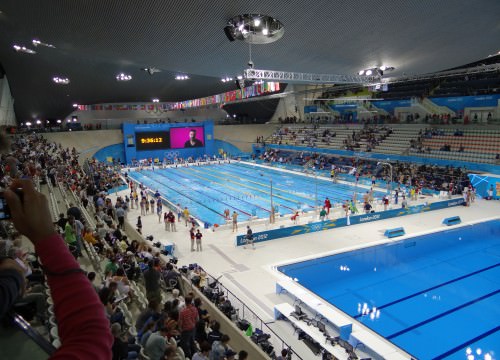 One of the main venues for the 2012 Olympics and Paralympics, opened to the public in 2014, the centre has a 17,500-seat capacity. The FCB-M was chosen as the ideal spectator arena seat for its contemporary design, comfort and durability. 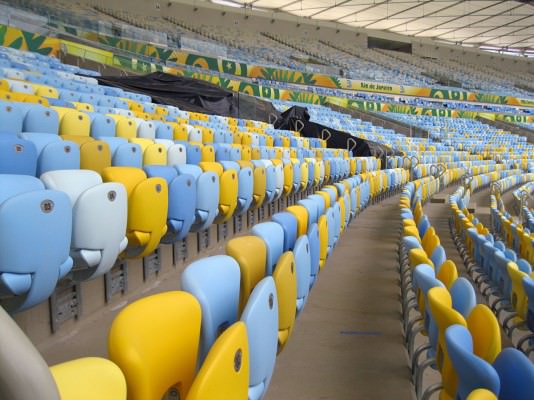 FCB-M arena seating is fitted throughout the legendary Maracana stadium.

A multi-functional sports complex located in France with a 5000-spectator capacity, the FCB-S arena seat was chosen for the project. The design is a closed all-round shell seat without any sharp edges or gaps &endash; it forms the starting point of the FCB seating range. 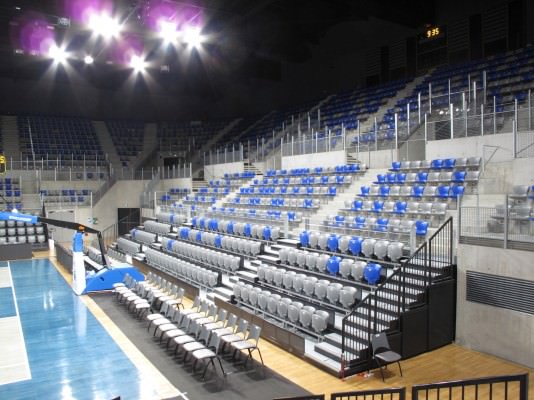 Wherever you are in the world, Ferco Seating can help you with your arena seating requirements. Get in touch today for your free consultation.