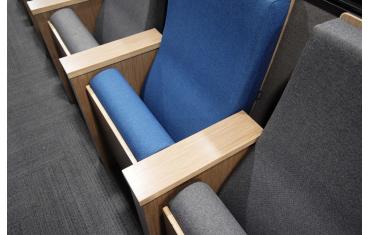 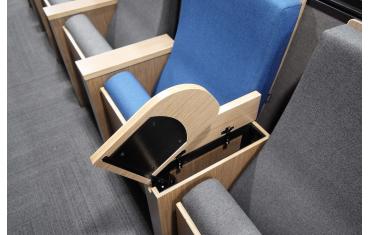 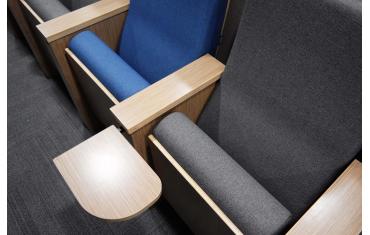 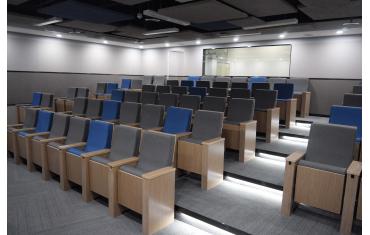 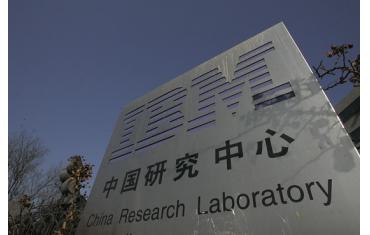 IBM Research has been a home for creative scientific minds since 1945. It began expanding its businesses in China in 1979 and has since established a total of 31 branches in the country, with its businesses spreading to 350 Chinese cities.

The Ferco design team worked with IBM to develop the Caspian seat with concealed tablet arm (CTA) to fit into their vision for a new auditorium inside their Headquarter buildings.

Originally designed for the Hanoi Convention Centre project, the Caspian is a contemporary, sophisticated auditorium seat.

Finished in wood with a reveal, with sumptuous padding and a high back, it is customisable with a concealed tablet which stows neatly into the top of the armrest.

The modern colour palette and minimalist styling chosen by IBM is complimented by the Caspian's clean lines.