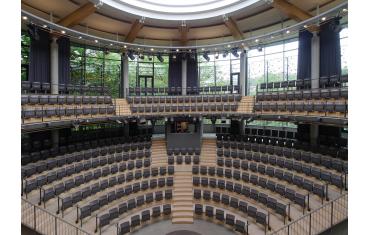 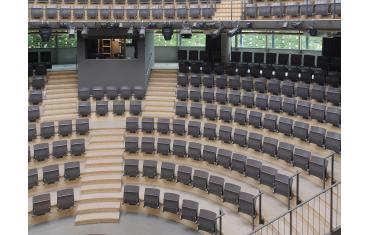 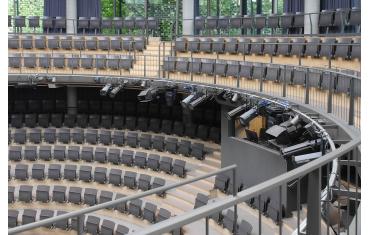 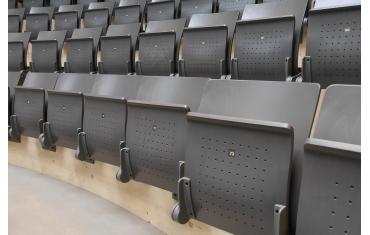 Opening in 2019 to a performance of Shakespeare's 'What you want,' the New Globe Theatre at the Schwäbisch Hall is a circular, multi-storey, weatherproof and temperature-controlled open-air theatre.

Modelled on Shakespeare's Globe Theatre in London, the tiers are arranged in a semi-circular layout. The stage is positioned in the centre of the building and the seating layout is individually tailored for optimal viewing positions.

Audiences can take a seat on a total of 371 ergonomically designed folding seats from the ARC Wood series.

The ARC Wood auditorium seat is an ergonomically designed modern tip-up seat which lends itself equally to either contemporary or classic projects.

Dark stained molded wood parts and a powder coating in a special colour were selected with great care so that the seating harmoniously integrates into the architecture.

Eheim Mobel, based in Germany, developed the ARC range of spectator seating in conjunction with Ferco. Credited with many auditoria, education and sports projects throughout Germany and Europe.