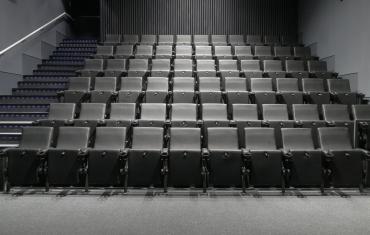 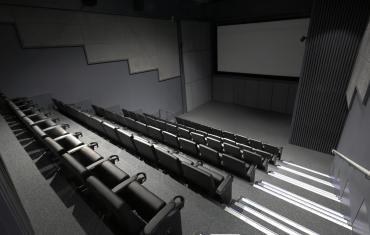 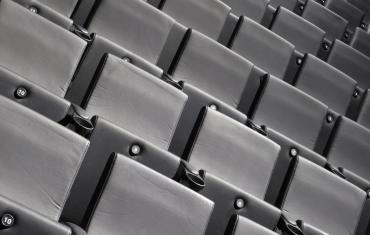 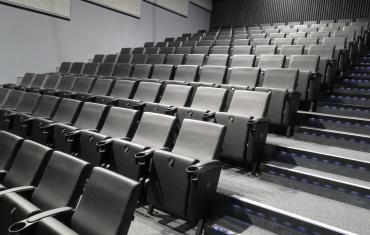 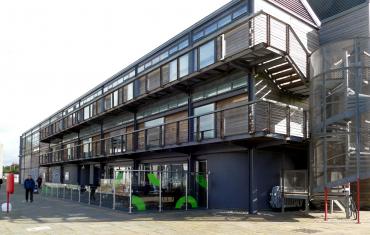 Since its completion in 2005, the Galeri Caernarfon has been a success both as a venue for the visual and performing arts but also as a centre for the many creative industries that have formed around the use of the Welsh language.

Locating the cinemas on the first floor allowed the ground floor to provide a new entrance and double height foyer space that shows off the three-sided external courtyard formed between the Galeri, the cinema extension and the historic Goleuad dockside building.

The project will see Caernarfon have a dedicated full-time cinema for the first time in over two decades as well as being the only multi-screen independent cinema in Gwynedd, Conwy and Anglesey.

Ferco were delighted to work with the Galeri team, who chose the clean lines and simple design of the Beaufort.

The Beaufort seats in each of the two screening rooms were finished in stylish and durable faux leather.

Whilst the new cinema and other spaces serve more than one artistic and commercial purpose, its main effect has been transforming the whole feeling in Galeri, and in raising the perception of the centre as a place where there is always something happening.

The project was shortlisted for a 2019 Royal Society of Architects in Wales (RSAW) Welsh Architecture Award. Seven buildings were announced for the shortlist of the 2019 RIBA Welsh Architectural Awards. Y Galeri has already tasted RIBA success in the past - now its "little brother" has followed in it's footsteps and won the prestigious Award.