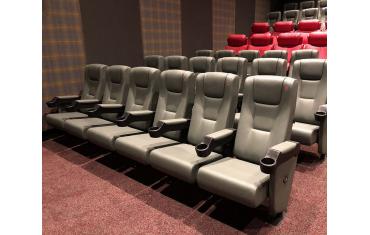 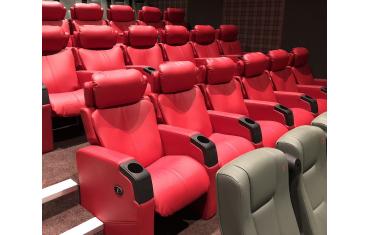 Founder and financier Angus MacDonald OBE was born and raised in the Highlands and wanted a cinema to reflect both the old and new elements of this beautiful area. Designed to reflect a traditional bothy, the cinema building uses local stone and timber to recreate the humble building that has sheltered travellers across the Highlands for centuries.

As well as the cinema's two screens with a total of 171 seats, there is also a cosy café bar featuring covered terrace, wood-burning stove and stunning stag antler chandeliers. With a range of gourmet pizzas and charcuterie plus fine Scottish whiskies, gins and beers on offer, the Highland Cinema is a fantastic social space for everyone in the area.

Ferco Seating understood the high-quality cinema experience that was being created in Fort William and were selected to supply seats for both screens. For the standard chairs, 120 Paragon 755 cinema seats were fitted across the site. Ferco's Opus Glide was chosen as the luxury cinema seat for both screens, and 46 reclining chairs were fitted in the two screening rooms.

Both the Paragon and Opus were upholstered in Yarwood Dollaro faux leather for a real premium feeling combined with a hard wearing and easy to clean fabric. The Paragons were fitted in coyote colouring with the Opus Glide seats fitted in red. This creates a great contrasting colour scheme in the cinema rooms - and complements the red Lotus sports car which was donated and converted to seating (unfortunately not by Ferco on this occasion though).

The Highlands Cinema genuinely represents what is possible when people recognise that a cinema and meeting venue can enhance a local community. With every effort made by the designers and builders to honour the local area, they have created a stunning independent venue which Ferco's premium cinema seats feel perfectly at home in. 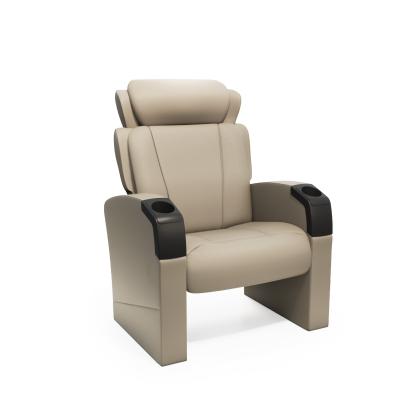 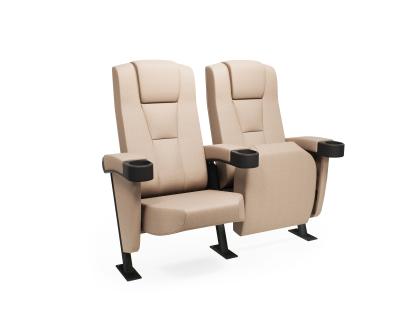