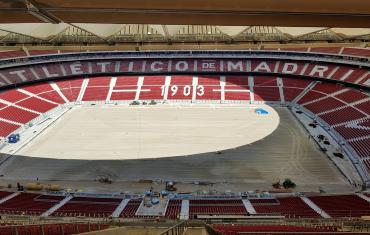 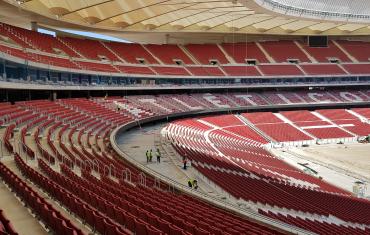 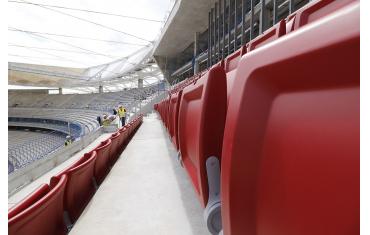 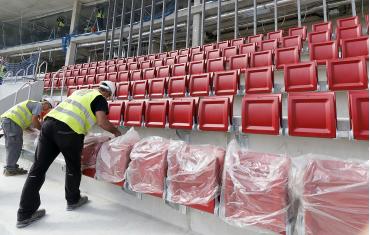 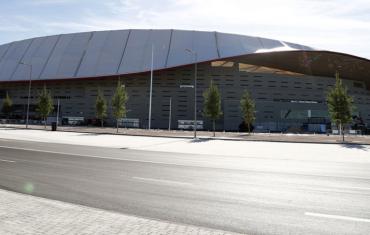 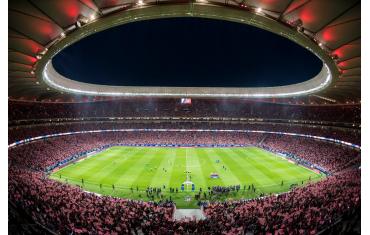 Wanda Metropolitano is the impressive and imposing home stadium of Atlético Madrid in Madrid, Spain.

The stadium was built as part of Madrid's unsuccessful bid to host the 1997 World Athletics Championships. It was closed in 2004 due to the city's bid for the 2016 Olympics. In 2013, it passed into the possession of Atlético Madrid. The stadium had a capacity of 20,000 spectators upon its closure and re-opened with a seating capacity for 67,703.

It accommodates 67,703 spectators, with all spectator seats covered by a new roof including 7,000 VIP seats and 79 VIP suites known as Neptuno Premium. The state-of-the-art design of the sports complex was provided by the architects Cruz y Ortiz. They emphasize the concrete finishes and the ample interior spaces, whilst allowing spectators to be close to the pitch.

The project was won by our partners from Germany Eheim Moebel. Having completed San Mames Stadium in Bilbao two years previously we were invited to tender.

The Wanda Metropolitano stadium is the first installation which has utilised seats from the entire ARC range. The project took two years to complete.

The ARC range of seats is wider, with a higher back and a bigger seat depth than the seats in the club's previous stadium. The seats have been created to offer the maximum comfort to the spectator's thanks to their ergonomic design and their dimensions. The distance between the axis of two seats will be of 50cm. The club preferred to offer more space for their fans instead of having a bigger capacity.