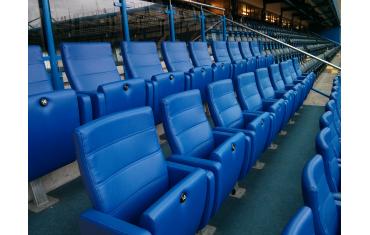 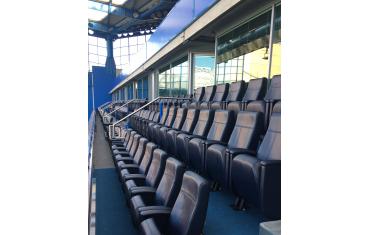 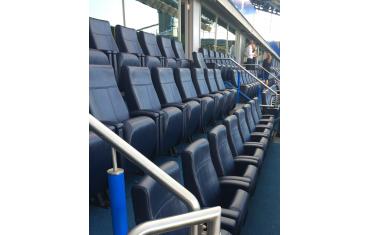 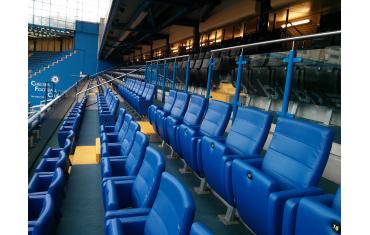 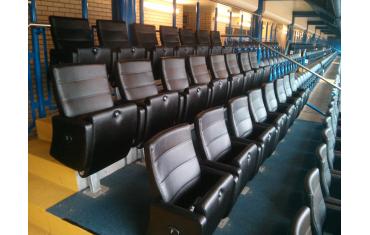 Opened in 1877, the stadium was used by the London Athletic Club until 1905, when new owner Gus Mears founded Chelsea Football Club to occupy the ground; Chelsea have played their home games there ever since. It has undergone major changes over the years, most recently in the 1990s when it was renovated into a modern, 41,631 all-seater stadium.

The Millennium Suites at the Chelsea Football Club are perfect locations for business functions. The suites have spectacular pitch views from their exclusive location high up next to the executive boxes.

The Riviera VIP seat was installed in the Millennium Suite and was chosen for its luxurious padding and customisable features which include cup-holders and personalised embroidery.

As one of the world's largest and most prominent football clubs, Chelsea FC deliver VIP hospitality to guests in their corporate and director areas - this custom designed seat incorporates a heating element within the seat pad for maximum comfort and a luxurious (and warm!) experience whilst watching the game.

Chelsea also chose to install a number of ARC VIP seats in their Executive Box areas. The ARC VIP has a high back and a wide seat, padded side panels and upholstered wooden armrests. This seat is available in a variety of finishing options and is virtually maintenance free.