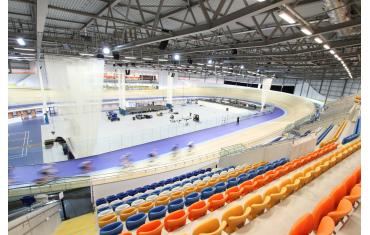 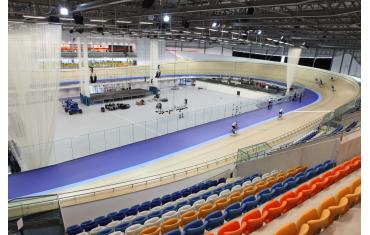 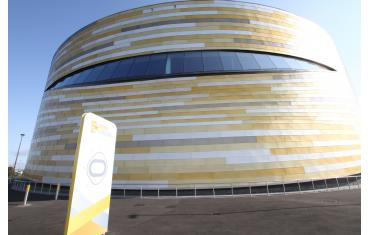 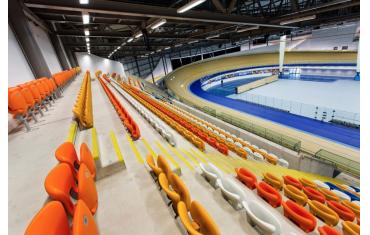 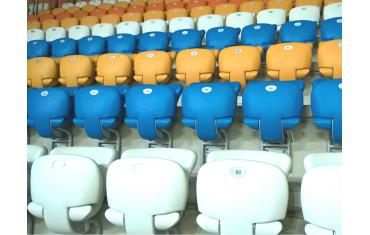 Derby Arena is a multi-use arena and velodrome at Pride Park in Derby, England. It was constructed by contractors Bowmer and Kirkland and opened in March 2015.

It is Britain's fifth 250-metre indoor track. Also included within the arena is a cafe, fitness gym, group exercise studios and a spinning studio.

We were delighted to be associated with the Derby Arena - a venue which demonstrates an innovative and flexible design by architects Faulkner Browns and deservedly won the RICS Project of the Year award. The FCB-M seating chosen for this landmark project was designed with aesthetics and functionality in mind; resulting in a beautiful seat that delivers flexibility, comfort and durability.

Our company vision is 'seating made better' and we aim to demonstrate outstanding best practice, while setting standards in spectator seating, in both the design and quality of our seating and also throughout our business. We are environmentally aware, customer focussed and value our people.

This project exemplifies a visionary design by Faulkner Browns and provides an impressive community resource that is both relevant today and future-proofed for success.

The FCB-M plastic tip up stadium and arena seat was chosen for its clean lines, closed dimensions and robust performance in a host of world class arenas including the Maracana Stadium and the London Aquatic Centre.