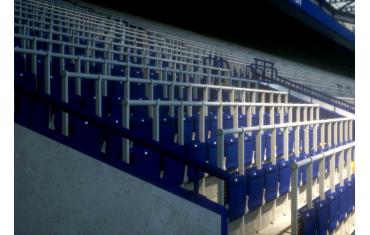 For the first time ever football clubs with all-seater stadia have received correspondence from the SGSA to suggest they consider installing rail seats in their grounds.

Persistent standing in all-seater stadia is an issue familiar to all Safety Officers and Operations Directors. Now the SGSA has advised them in a note accompanying their new stadium licence that in such areas they ought to consider using rails seats to enhance spectator safety.

Ferco has installed nearly 17,000 rail seats all over Europe and is the market leader in this field. Now, with the requirements of Premier League and EFL clubs specifically in mind, we have further developed our range of products to include the RailSeat 100.

It enables stadium operators to address the existing issue of persistent standing while simultaneously preparing for formally permitted standing in the future.

The RailSeat 100 has a modern aesthetic and conforms to Green Guide specifications for 'seats incorporating barriers'. It features a self-tipping, moulded seat with a unique 100mm closed depth, making it the slimmest such seat on the market. 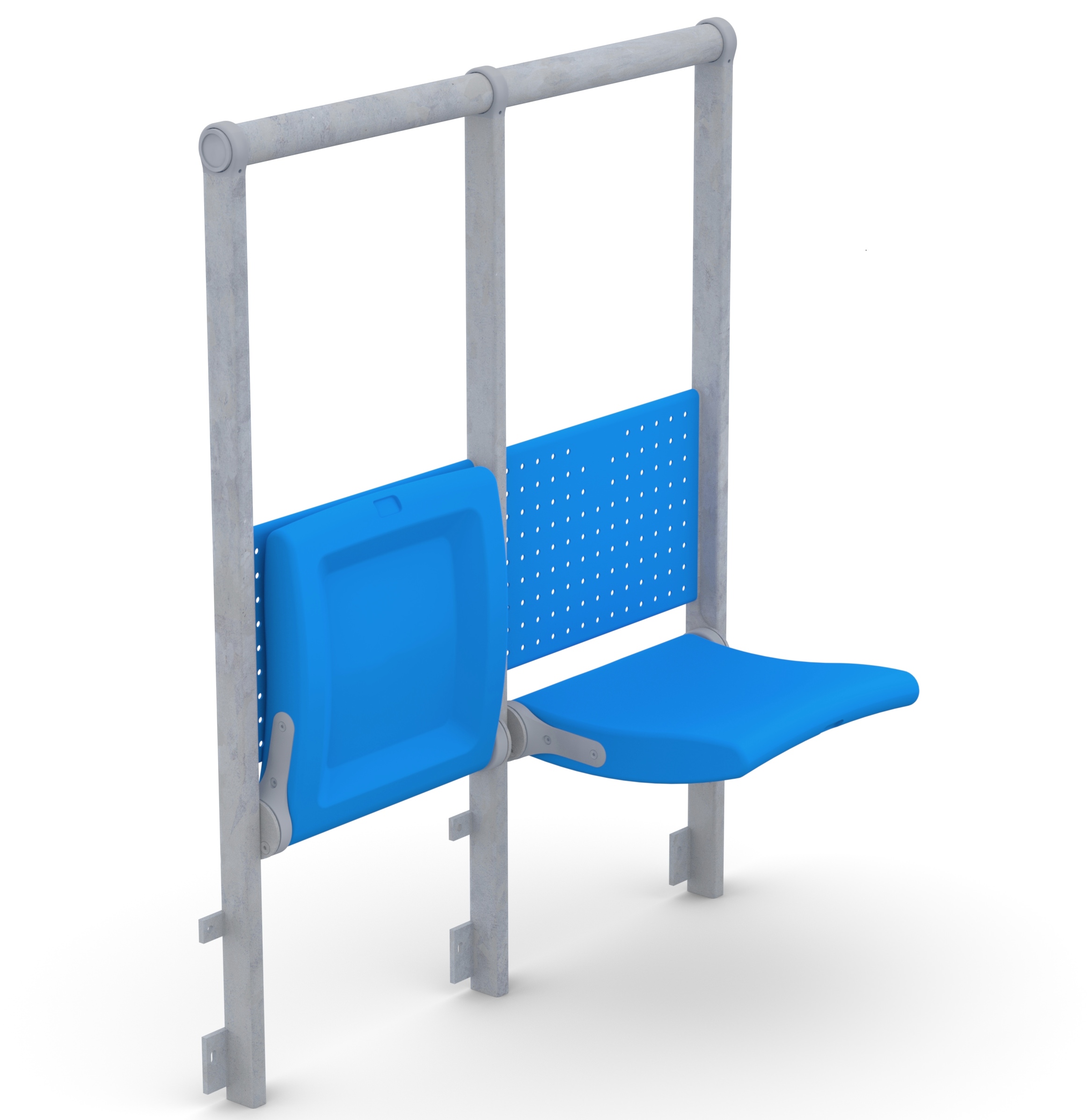 It leaves clearway space of at least 0.21 square metres (the Green Guide requirement for standing spectators), even on row depths of no more than 600mm. The seat has the strongest seat-base of any on the market and has the highest level of protection against vandalism.

The robust and durable construction from quality materials means low levels of maintenance and replacement and reduced whole life costs to the club. The high-strength continuous metal rail acts as a protective barrier which makes surging or crushing physically impossible.

The RailSeat 100 has a number of added safety features built into its design, including, for example, the absence of leg or finger traps through having a fully enclosed hinge at the very back of the seat.

Where legislation permits, the 100mm closed depth also facilitates an increase in standing capacity on any seating row 800mm deep or more, as already provided for by the Green Guide.

Ferco's RailSeat 100 gives clubs a seating solution that is Safe, creates Space and is very Strong.

A year later, Shrewsbury Town Football Club and their Supporters' Parliament crowdfunded the first rail seat installation in England - a combination of the all-metal RailSeat and the RailSeat ARC, which was completed by Ferco in time for the 2018 season.

Now, the 2019/20 season is the start of a new era in the Premier League. It is the first season to kick off with areas of rail seating in place in the top flight.

When Spurs and more recently Wolves installed 'seats incorporating barriers' in their stadia they were following guidance contained in the new Green Guide published last November and now repeated in the SGSA's note to all clubs with all-seater stadia. In essence the Guide states that if clubs have areas in their ground where fans habitually stand, they must either make those fans sit down or look at installing rail seats in order 'to mitigate the risks arising from persistent standing'.

Ferco continues to work with clubs at all levels to create areas of 'seats incorporating barriers' and to design seating solutions, which enhance safety and maximise return of investment.