The RailSeat at Rugby Park 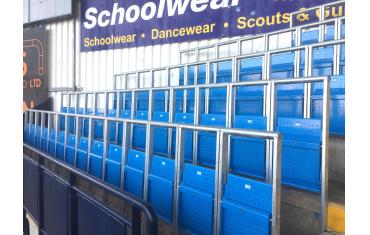 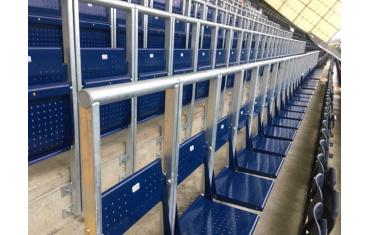 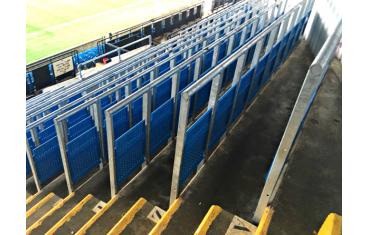 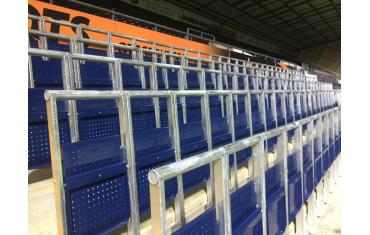 Kilmarnock Football Club is the oldest professional club in Scotland.

Since 1899, the club has played its matches at Rugby Park, which currently has a capacity of nearly 18,000.

In 1995, Rugby Park became an all-seater stadium. Nearly a quarter of a century later, however, the club wanted to enable fans to once again watch football safely standing up. Championed by the supporters' trust - 'Trust in Killie' - a scheme was therefore launched that led to 324 of Ferco's RailSeat One product being installed in two areas of the stadium in 2019.

The safe standing areas are situated in the East Stand (with 158 rail seats) and in the Moffat Family Stand,where an area of 166 rail seats allows younger supporters to get a taste of this passionate element of football culture.

The club's aim was to create an area where children can socialise and stand with their friends, whilst still being in sight of their parents seated in an adjacent block of the Family Stand. the aim is to start fostering in this way a relationship with the club that will continue long into adulthood.

Slim-line and compact, the RailSeat One has been approved for use by both UEFA and FIFA for club and national team matches. Ferco's RailSeat One is code compliant with all relevant regulations in respect of both height and strength and folds up flush between the uprights, leaving the maximum possible clearway space (750mm deep in the case of a seating row depth of 800mm). Constructed from steel, the RailSeat One is robust and durable.

To discuss your RailSeat project, contact the Sales Team 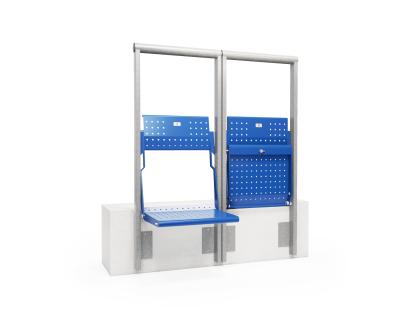 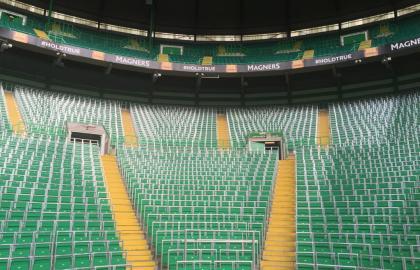 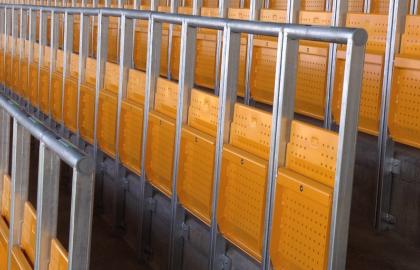 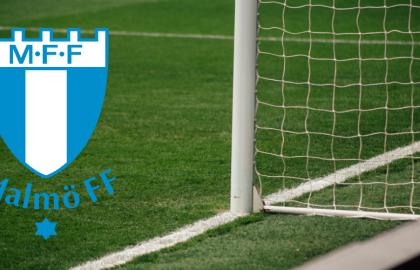